I have wanted to go out there and experience the main event of the week, the parade, ever since moving to Helsinki way back in 2013. However, I somehow always managed to miss this important date up until this year when I made sure to clear my schedule for it. And this is what I was able to document with my camera for you guys to enjoy!

This is what Google had to say about the positive meanings of the word ‘pride’ in itself:

2. consciousness of one’s own dignity (synonyms: self-esteem, dignity, honour, self-respect, ego, self-worth, self-image, self-identity, self-regard, pride in oneself, pride in one’s abilities, belief in one’s worth, faith in oneself) 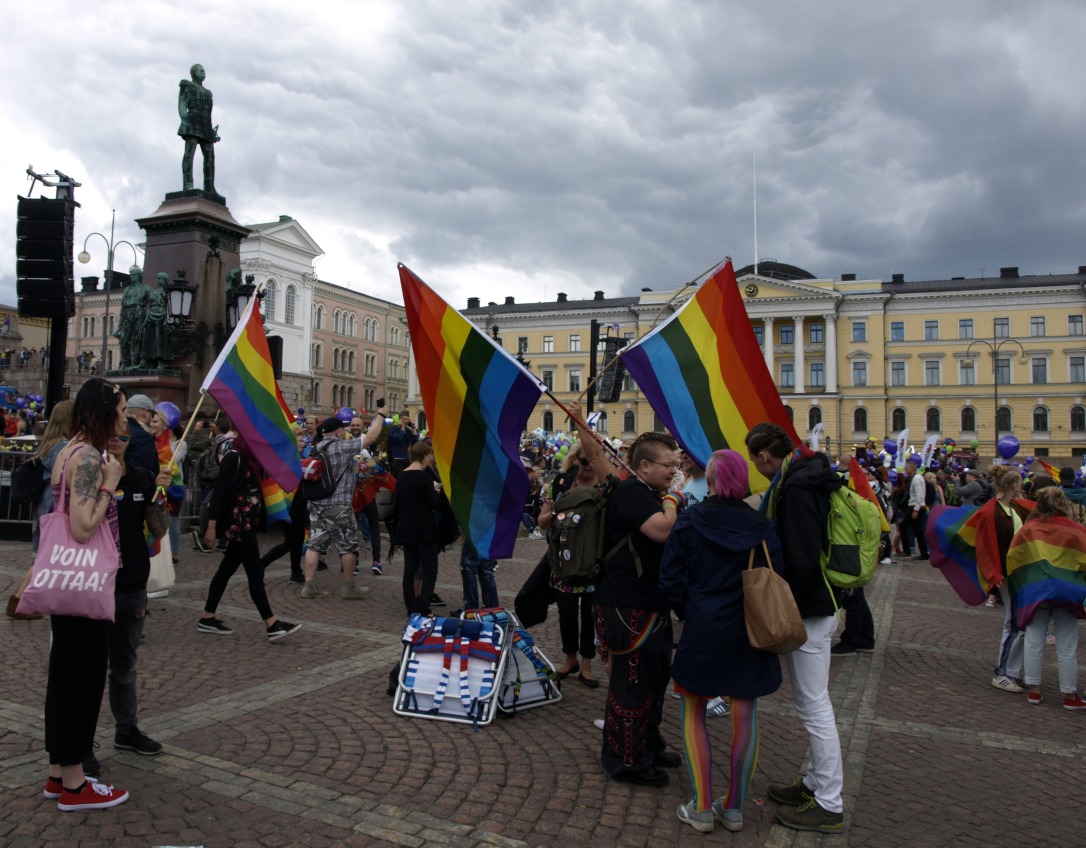 Needless to say, I think that a world-wide series of events like Pride is still a relevant way of not only spreading consciousness about minority groups (and kinda popularizing them) but also a much-needed chance for a lot of people to celebrate their own identity (or the general idea of acceptance) and how far the ‘movement’ has gone especially during the last 50 years.

Although I’m definitely not saying there still wouldn’t be a lot of phobia present even in cities like Helsinki (for example in 2010 the parade here was attacked by tear gas), because unfortunately there is.

I personally have heaps of faith especially in the younger generations who are already much more tolerant, even in the country side where I come from, than some of the more traditionally (as in heteronormative) raised older generations. The basic human right to love has definitely opened up in its meaning when gender is seen as a more flexible social construct. Nowadays it has become more of a question of not who you love but how you love and treat the other person. At the end of the day we should all try to give up fixed behavioural norms and strive for treating everyone as equally as we can despite of the individual identities we all possess.

And even I, without any previous experience in participating in the Pride parade, could say that the Senate Square in Helsinki was literally packed with people. I’ve been in other major demonstrations (with thousands of people) starting here but even half an hour prior to the start it was clear to me that the amount of participants was way out of that league! Hopefully it says that more and more people have become more tolerant and accepting towards the diversity of identities in our society as well as in a more universal way.

Of course, Helsinki is the capital (which usually tend to be more accepting towards diversity) of Finland and I can’t say anything about the parades in other cities/towns in this country. Nevertheless, even the fact that Pride was organized in my small home town, is a good sign to me. More and more people have the need to publicly confess and celebrate a variety of identities prevalent in human kind!

The picture below was taken when me and my lesbian friend were trying to figure out where the block we wanted to march in was located. We must’ve stood there for a good half an hour waiting for the first trucks leading the blocks to leave the square. And they sure did – but the amount of the endless crowds didn’t seem to decrease at all since new people kept joining even though the event had officially started over an hour before! Either the public transport was jammed in other parts of the city or then a lot of people had a smart tactic of joining the party after the initial crowds had cleared.

Anyway, we were finally able to spot the right banner for us and made our way through the other side of the square, jumping over the rope that kept the parade in line, joining in the line people that still waited to get moving. Another half an hour rolled by and another friend who was already waiting at the park texted me asking our whereabouts. The people in the first block had already reached the ending point when we were still waiting to get moving! 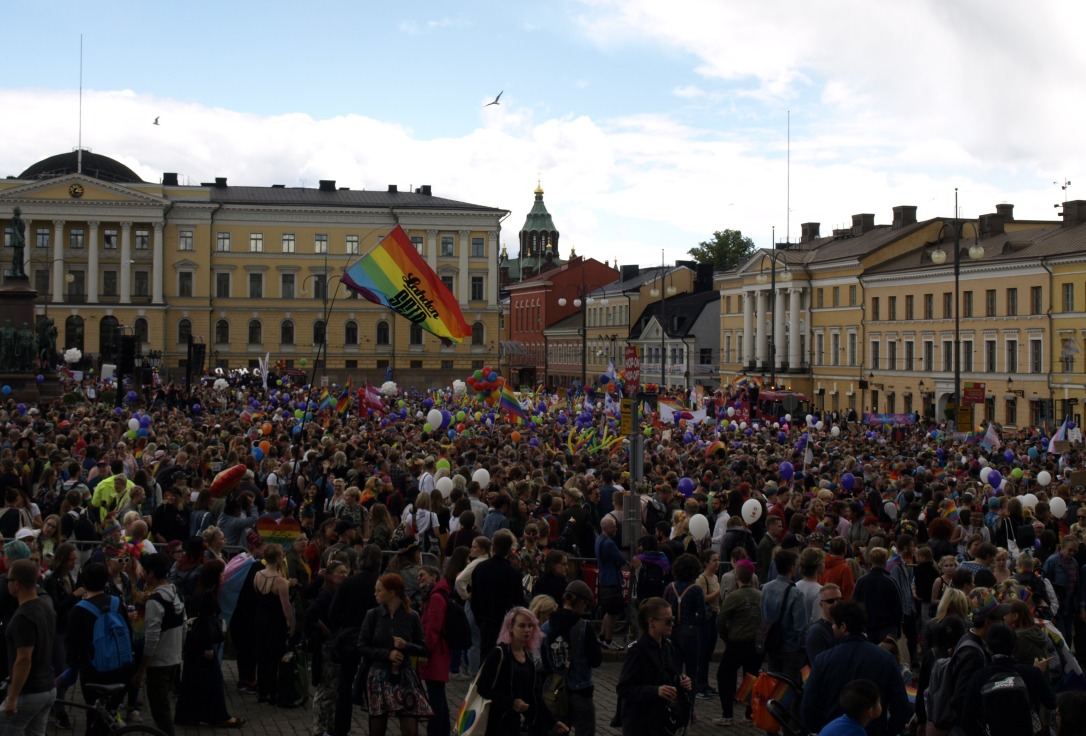 I have to admit feeling a bit triumphant when imagining how badly this parade was jamming the traffic in the central of Finland. Amongst those people that were stuck waiting in their private vehicles for the endless gay march to end had to be people who still have very oppressive views on human rights and diversity. Hopefully acceptance and tolerance is the way of the future in the way it already is our everyday life in this city!

Hopefully you enjoyed this post and will stay tuned for Helsinki Pride 2018 part 2 which is coming up tomorrow! See what the park festival at the ending point of the parade looked like and read more about my personal viewpoints towards this particular event.

Free soul in her twenties aspiring to become a travel journalist and blogger; poet, novelist and motivational speaker. University student bound to (hopefully) graduate soon - and head to the world full-time. A rescue-dog momma and vegan. Interested in activism, photography and colouring. Loves white tea, empty highways and forests. View all posts by mysteriousrainbowmind